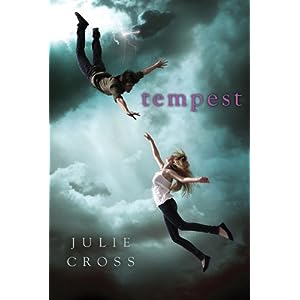 Quick & Dirty:
Long & Wordy:
This is another mediocre novel being released as a runaway hit before it’s on the shelves.
Overall it wasn’t a bad novel, it just didn’t shine.
SPOILER ALERT: Fair warning, some parts of this review are spoilers!
I don’t like wasting time explaining the book description that’s already posted a hundred times, I suggest you read one of those first if you don’t know what’s going on.
So this book didn’t have a steady pace, but it kept moving with a few surprises mixed in that stopped being so surprising.
This book moves a bit backwards, the relationship goes from 60 to 0 in one jump…get it? One JUMP… (yeah it’s been a long day, I’m just gonna take this time to apologize for the rest of this review also…sorry)
Julie Cross’s constant reminders that Hollywood got it wrong, THIS is how time travel works is annoying.  It gets worse because, in the end, her answer to time travel is more or less Hollywood’s…except Jackson’s basically a mutant.  Stop patting yourself on the back for your originality.
Ok, remember in my quick and dirty I said that there were childish parts?  Secret spy codes. Multiple.  Really.  That and there was a constant ooh lookie, I’m doing super coolio and secret CIA spy things, and I’m learning to fight all quiet like.
Dear Julie,
Join the CIA and get over it.
Love,
Me
Still interested?  Check it out on Amazon here. It’s set to be released in the middle of January 2012.
3.5/5
***This was received as an ARC, this did not influence my review or rating of the book.***
Posted by Ramplo at 7:33 PM